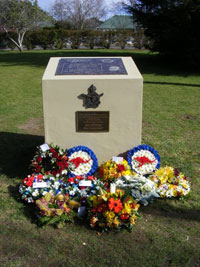 Tasmania's only RAAF Flying Base during World War 2 was established at the site of the current Launceston Airport on 29th August 1940, and No 7 Elementary Flying Training School commenced training in September of that year. By the time training ended in late 1944, over 1800 pilot trainees had passed through the base as part of the Empire Air Training Scheme before the base was disbanded on 31st August 1945.

Consequently the Evandale History Society, in conjunction with the R.A.A.F. Association, Launceston Branch, decided to build a memorial dedicated to all those who trained and served at Western Junction. This also commemorates the ten servicemen who died while based there and also honours the approximately one third of the 1801pilots trained there who died whilst in training at other bases or on active service in all theatres of war.

The memorial has been built in the historic village of Evandale which is close to Western Junction and where many R.A.A.F. personnel were billeted during the war. This also allows the 7 EFTS Monument to be honoured on ANZAC Day each year along with the other war monuments located there.

On Saturday 21st August 2010 over 170 formal guests were invited to a formal unveiling of the memorial by Group Captain Glen Coy CSC, Officer Commanding, Air Training Wing, East Sale. This was followed by a dedication service by Chaplain Wing Commander Ken Box and the laying of wreaths.

Among the guests were 20 original veterans from 7 EFTS who had come from Tasmania, Western Australia, Victoria and New South Wales to attend and over 60 families of those veterans, servicemen died during the war and veterans who have consequently passed on. This was followed by a luncheon for veterans and guests and a visit to the Tasmanian Aero Club at Launceston Airport to view old 7 EFTS buildings.

The dedication was supported by other R.A.A.F. units such as fly past from the Roulettes, the Air Force Band and Catafalque party and Australian Air Force Cadets from Launceston. In addition staff under the command of Wing Commander Charles Hill, Commanding Officer 29SQD/SAFOT gave invaluable support to the success of the dedication service.

The Evandale History Society has established a photographic and historical collection on 7 EFTS and seeks any additional photos or historic information.

The Evandale History Society welcomes any information or photos relating to 7 EFTS and can be contacted at 18 High Street, Evandale, Tasmania or by email evandalehistory@tassie.net.au 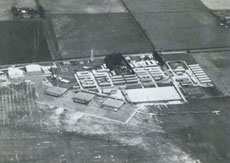 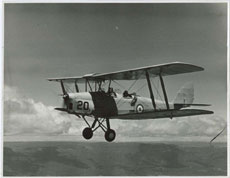