Reverend Robert Russell was a young Scot when he arrived in Evandale to commence his parish duties on the 9th April 1838. At that time there was no church building and services were then held in private residences.

The Scottish Community of Evandale had raised funds for the building of a Kirk (Church) and along with a grant from the Government this enabled the laying of a foundation stone in 1838 by the Governor, Sir John Franklin and from this the Kirk (Church) became a reality with the dedication of St. Andrews on 5th September 1840.

A much admired example of Greek Revival Architecture, St. Andrews is known as the "best preserved or restored" place of worship in Tasmania.

Since its door opened, St Andrew's has served the Presbyterian Congregation of Evandale and its surrounding environs and lately as the Uniting Church of Australia. 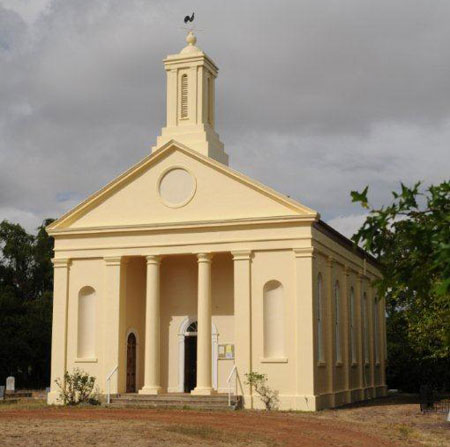