Local identities Henry Reed and John Ward Gleadow helped build the Wesleyan Church although little information is available on its history and as such it was later used as a Druid Hall, Scouts Hall and then by the Returned Services League of Australia (R.S.L.A.) as their Evandale Club Room.

In 1975 it was offered for sale and was later converted in 2000 into Heritage Accommodation of which it still remains. 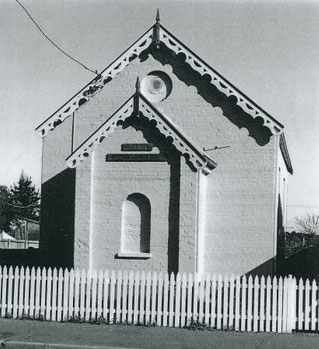